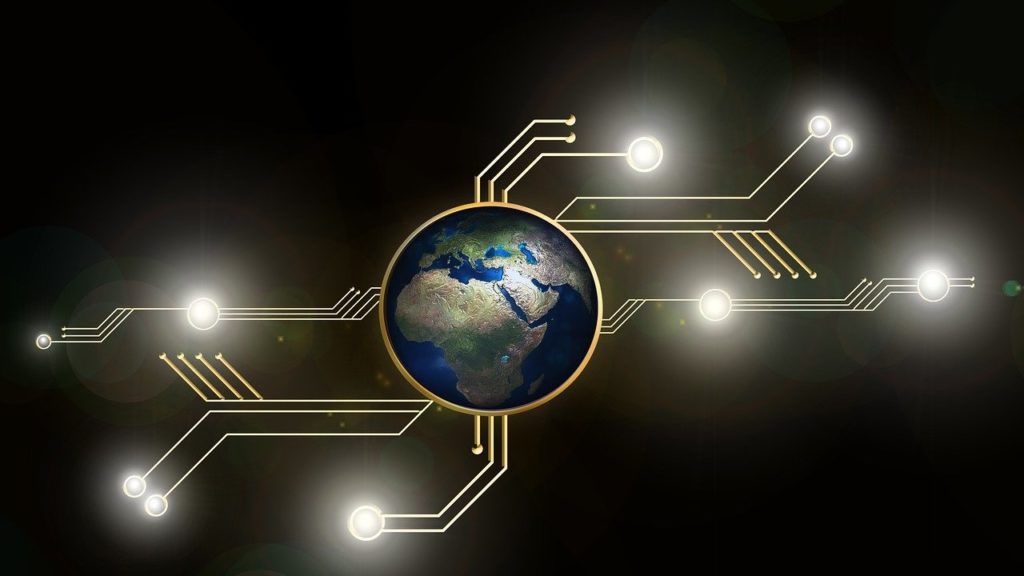 China made a big splash when it rolled out its digital yuan and it got a boost when China’s biggest online retailer announced it has developed the first virtual platform to accept the Chinese digital currency. But China isn’t alone in exploring the possibility of digital money. Sweden has developed a digital currency of its own and the European Central Bank is pushing for a digital euro.

Digital currency is nothing more than a virtual banknote or coin that exists in a digital wallet on your smartphone instead of a billfold or a purse. Digital currencies issued by central banks are backed by the state, just like traditional fiat currency.

US officials have already toyed with the possibility of a digital dollar. A Democratic proposal for stimulus payments in the wake of the coronavirus pandemic featured digital currency deposited into digital wallets.

The powers that be will offer all kinds of reasons for moving to a digital currency, but at the root of the movement is the “war on cash.” It creates the potential for the government to track and even control consumer spending, and it would make it even easier for central banks to engage in manipulative monetary policy such as negative interest rates.

Economist Thorsten Polleit makes this exact point in an article published by the Mises Wire. While many economists praise the digital currency as an “innovation,” — an important and indispensable step in an increasingly digitized world — there are dangers lurking begging this digitalization of government fiat currencies, including a digital euro. As Polleit put it, “the path to becoming a surveillance state regime will accelerate considerably if and when a digital euro is issued.”

There are two ways the ECB could develop a digital money system. It can be account-based where people hold their digital euros in an ECB account, or it can be token-based where money users receive a digital token that can be transferred from smartphone to smartphone via an app. Either scenario is a nightmare if you care about privacy. As Polleit points out, “hoping for ‘anonymity’ in payment transactions would be futile in both cases.”

A look at China probably shows where the journey is headed: the Chinese digital central bank money is supposed to have a ‘controlled anonymity.’ In other words, ‘only’ the People’s Bank of China—that is, the Chinese Communist Party—should have access to the payment transaction data.”

The fact that “only” the government will have access to transaction information should not be comforting. Many people use cash in transactions exactly because they want the transaction to remain anonymous. Governments don’t like things they can’t control, and that’s a big impetus for the war on cash.

The PBOC has also indicated that it could put limits on the sizes of some transactions, or even require an appointment to make large ones. Some observers wonder whether payments could be linked to the emerging social-credit system, wherein citizens with exemplary behavior are ‘whitelisted’ for privileges, while those with criminal and other infractions find themselves left out. ‘China’s goal is not to make payments more convenient but to replace cash, so it can keep closer tabs on people than it already does,’ argues Aaron Brown, a crypto investor who writes for Bloomberg Opinion.”

Polleit also points out that people often hold cash because it is more liquid. In the event of a power failure such as Texans just experienced, or bank failures, people want to have cash on hand. You can ask Greeks about what happens when banks start limiting your access to cash.

Polleit said it’s hard to refute the argument that the ECB wants to take cash out of circulation in order to increase its control over money.

If only electronic payments are possible, what little remains of ‘financial privacy’ will be gone. The citizen becomes completely transparent, much to the liking of the state and its beneficiaries.”

Polleit also notes that the ECB would also find it much easier to devalue debt using negative interest rates.

As soon as cash has been pushed back or stripped away entirely, monetary policymakers can implement an uninhibited negative interest rate policy to devalue debt. Customers can no longer get out of the ‘bank balance sheet;’ the final escape door is then locked.”

Polleit doesn’t think a digital euro can win against cash in the marketplace. The government will have to make cash more unattractive “by raising the costs of cash by increasing fees at ATMs or through upper limits for cash payments, or through social stigmatization of cash (keywords: money laundering, terrorist financing, etc.).”

Governments around the world have quietly waged a war on cash for years. Back in 2017, the IMF published a creepy paper offering governments suggestions on how to move toward a cashless society even in the face of strong public opposition. Governments and central bankers claim moving toward a cashless society will help prevent crime and will boost convenience for the average citizen. But the real motivation behind the war on cash is control over you.

Ultimately, the digital euro, and more broadly speaking, the entire war on cash is about control. And Polleit warns that is in one of the mile markers on the road to outright communism.

As is well known, in their Communist Manifesto (1848) Karl Marx and Friedrich Engels named ten ‘measures’ the implementation of which would lead to communism. The fifth measure reads as follows: ‘Centralisation of credit in the hands of the state by a national bank with state capital and exclusive monopoly.’ The issuance of a digital euro and the resulting consequences are undoubtedly another crucial step in bringing the Marxists’ vision of their desired revolution to fruition.”

Bullion Banks Sell Even More Silver: Do They Have It?

Peter Schiff: The Only Thing the Economy Has Going for It Is the Fed