In the current market environment, little else matters other than momentum. What’s moving up gets chased higher still by investors. And what can be moved up by any means is pursued by speculators who hope to jump-start a momentum trade.

It’s all being fueled by cheap money and government “stimulus.”

The U.S. stock market trades at an historically high premium to GDP (the so-called “Buffett indicator”).

Speculative trading frenzies in stocks such as GameStop defy any kind of fundamental analysis.

Manic up moves in unbacked cryptocurrencies such as Bitcoin (which hit a record high today and is nearing a total market value of $1 trillion) seem to suggest that digital assets have unlimited value.

Record inflows into exchange-traded products that purport to hold precious metals have also been seen in recent weeks.

But whether these proxy instruments have acquired, or can feasibly acquire, the amount of physical gold and silver necessary to back their shares is another question – one that few momentum chasers are asking at the moment.

Where’s the beef? Originating in a series of Wendy’s television commercials that aired in the mid 1980s, the slogan takes on new meaning in today’s investing landscape where real value is rare.

Where’s the earnings growth behind relentless stock price rises? Where’s the actual wealth being created by the notoriously slow and electricity hogging digital blockchain? Where’s the physical bullion that is supposed to be backing silver ETFs?

Some silver exchange-traded products may well have the receipts to prove they hold all the promised quantity of metal in vaults. But the biggest of them all, the iShares Silver Trust (SLV), practically admits that it does not.

After being deluged with $1.5 billion in record inflows during the first week of February, SLV then suffered large outflows the following week as much of the day-trading herd flocked elsewhere. 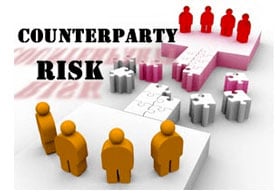 The large volumes of buying and selling caused discrepancies between the market price of SLV and the value of its underlying assets.

SLV’s prospectus was hastily updated to warn investors that the fund “may suspend or restrict the issuance” of shares if it is unable to obtain enough metal.

As an open-ended fund, SLV doesn’t hold a fixed quantity of silver. A close inspection of its prospectus reveals that it relies on layers of financial intermediaries (“authorized participants”) to create shares and manage its inflows and outflows.

That creates a tremendous amount of counterparty risk, including the risk that some of the silver claimed in vaults by SLV may be rehypothecated, or simultaneously owned by another party.

SLV is controlled by BlackRock Inc., the world’s largest asset manager. Financial disclosures show that in the fourth quarter of 2020, BlackRock’s subsidiaries unloaded 36.5% of their gold ETF holdings but increased their SLV holdings by 4,848% ($26.9 million).

It’s not an enormous sum relative to the total assets owned by the giant firm, but it may be an indication that its analysts see significant upside ahead in silver.

If the silver thesis is confirmed, other institutional investors will undoubtedly follow the money – much like many have recently into Bitcoin.

It’s easier for billionaires and institutional investors such as hedge funds to move millions of dollars into gold or silver via an ETF rather than through the purchase of bullion coins. Some of the “smart money” is moving into silver in particular via this route.

Owning silver indirectly through financial instruments obviously isn’t the safest or most effective strategy for obtaining true diversification out of financial assets.

But Wall Street types who follow financial markets tend to perceive financial instruments as the only game in town.

That so much demand is being diverted into Wall Street products instead of bullion products has certainly suppressed physical buying to some extent.

That diversion of demand into paper proxies, in turn, may be working to keep a lid on spot prices as well – especially as exchange-traded vehicles announce work-arounds to obtaining real, physical holdings.

ETFs like iShares Silver depend almost entirely on the London Bullion Market Association (LBMA) for their physical silver holdings, such as they are. Inventories of LBMA silver bars have grown increasingly scarce amid the recent demand surge.

Whether that develops into a true shortage remains to be seen.

The opportunity is that tens of billions of dollars parked in gold and silver derivatives meant to represent precious metals may create something of a force majeure on one or more of the bullion banks – or the futures market itself.

Paper/IOU gold and silver may be “convenient,” but they are inherently untrustworthy as compared to the real thing. When fear grips markets, convenience considerations go out the window. Wealth preservation becomes paramount.

We’ve seen that speculative momentum trades can impact the silver market – with record buying in exchange-traded instruments also carrying over to the bullion market, which saw a huge spike in buying volumes recently.

But long-term silver investors are right to be skeptical of “paper”-led rallies, which can be fleeting.

So where’s the beef? Where’s the real demand growth behind the silver story?

According to the Silver Institute, global demand for silver will rise to 1.025 billion ounces this year. Industrial demand, which is seeing huge growth from electric vehicles and solar energy buildouts, is projected to see a 9% increase from 2020.

Investment demand is difficult to forecast, but it could be the wild card that drives potential shortages in physical exchanges – and much higher prices ahead.

Gold market manipulation: Why, how, and how long? (2021 edition)

Jerome Powell Says We Must Sacrifice – But for What?