Gold and silver aren’t the only viable plays in the metals space – and they aren’t currently the leaders.

On Wednesday, both copper and platinum rallied up to multi-year highs. Rhodium, meanwhile, currently commands $21,000 per ounce – yes, per ounce – making it one of the most valuable elements on the planet.

What’s driving these “energy” metals? Besides ongoing currency depreciation and the risks of higher inflation, which will help boost all hard assets over time, rising demand for electricity in general and electric vehicles in particular.

President Joe Biden recently decreed that the federal government must transition its entire fleet of cars, vans, and trucks to electric motors.

That’s just for starters. Next, the administration aims to mandate that all new vehicles sold in the United States are electric.

The Zero Emission Transportation Association, a lobbying group backed by Tesla and other corporate interests, is pushing for the abolition of gasoline-powered cars by 2030.

Nevermind that such a move would mean more burning of coal and natural gas to generate the electricity needed for millions of “zero emission” vehicles. It would also require the mining of millions more tons of base metals, including copper and nickel.

According to the International Copper Study Group, “At the heart of the electric vehicle, copper is used throughout because of its high electrical conductivity, durability and malleability. And even more is used in charging stations and in supporting electrical grid infrastructure.”

The electrification push will mean a massive demand surge for silver as well. Silver is used in virtually all high-tech components of electric vehicles. It is also used in solar panels, the fastest growing source of industrial demand for silver.

In the meantime, the internal combustion engine won’t simply disappear through executive order – especially in the developing world.

Thanks to more effective catalytic converters on newer cars, emissions can be reduced dramatically. 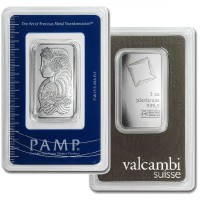 But these pollution-scrubbing devices require specialty metals to do the job – namely, platinum, palladium, and/or rhodium.

According to Johnson Matthey analysts, the platinum group metals (PGMs) face supply shortfalls. After being undersupplied by 390,000 ounces last year, platinum is forecast to experience another deficit in 2021.

Mining production of PGMs, which takes place primarily in South Africa, has been curtailed by COVID and labor strife. Whether mines can increase output significantly in the months ahead to meet demand remains to be seen. (For more on the investment case for platinum, see my recent analysis here.)

On the demand side, the most compelling growth trends are emanating from electric vehicles and solar power systems.

It’s not just government mandates that are behind alternative energy growth. Tremendous gains in efficiency have also made things like electric trucks and off-grid solar-powered homes more practical.

Investors can count on high rates of growth in these areas throughout the 2020s. However, they should be cautioned that shares of companies such as Tesla (TSLA) are currently being priced based on expectations for tremendous future growth. In other words, the biggest stock market moves may have already been seen.

The biggest moves in some of the energy metals that go into batteries, charging stations, solar panels, and other electrical components may have yet to occur.

Speculators may find base metal and precious metal miners attractive. But the surest, most direct way to gain from stronger metals markets is to own the metals themselves.

There are, of course, many ways to acquire physical precious metals – either though taking possession of coins, rounds, and/or bars or having bullion stored professionally through a secure vaulting service such as Vault Metals.

It’s possible to own investment-grade physical copper, too. Copper bullion bars are available, as are pre-1983 copper pennies by the pound.

Copper pennies currently have a melt value of around 2.5 cents each – a testament to the currency’s depreciation over the years.

While they will never be the most valuable coins you hold, solid copper pennies can be practical to keep around for inflation protection and possible use in barter transactions.

The drawbacks to copper are that it’s not a precious metal and can be cumbersome to hold in large quantities. Unlike gold, copper tends to be tied closely to the economic cycle. So if you’re expecting a crash soon in the world economy, you’d probably want to favor gold over any industrial metal.

Silver, on the other hand, has the characteristics of both an industrial and a monetary metal. It can move because manufacturers need it in high-tech electronic applications or because it’s a form of sound money, sought after as such amid a currency crisis.

Given the growing inflation risks from unprecedented government and Federal Reserve “stimulus” combined with the unfolding mega-trend of electrification, silver may be ideally positioned for the times.